During a website usability study, a moderator observes that respondents show almost imperceptible signs of discomfort when they access certain parts of the website. These signs of discomfort are so slight that most moderators would never see them. The respondents tend to touch their faces, twirl a pen between their fingers, or play with the mouse. The moderator looks more closely at these behaviors, and she notices that they tend to occur during the registration process. Closer examination and an in-depth probing reveal that this process is tedious and somewhat confusing. Her insight into this part of the website helps the company redesign the registration pages and retain customers who would have left the website.

A moderator conducts a focus group about financial services. He asks the participants to describe the various companies in the market. One respondent begins to gesture with her hands. As she starts talking, the moderator notices that she seems to be putting companies into groups, and that some groups appear to be clustered together, whereas others are placed off to the side. Seeing an opportunity to discover how these companies are categorized, the moderator asks which companies go together. The result provides an interesting insight into how consumers categorize these companies, what the criteria are, and how the client’s company is perceived.

What Does Nonverbal Behavior Communicate?

Research indicates that although people may strongly attend to what is said, nonverbal behavior may comprise two-thirds or more of total communication. And although people have the option not to speak, they can never be silent nonverbally. Nonverbal signals are a rich source of information about our respondents, how they perceive their world, and what emotions they experience about products, services, brands, and even about us as moderators. Furthermore, our own nonverbal behavior can be useful in reacting to respondents and increasing their comfort and disclosure or exerting control over a group.

There are many ways to think about nonverbal communications. One mistaken belief is that specific behaviors indicate the same thought for all people. Unfortunately, nonverbal behavior is more complex. Using a framework is the most useful way to understand respondents because a combination of behaviors tells a story. One framework is PERCEIVE™, which stands for:

Each aspect of PERCEIVE™ provides a piece of the puzzle. Proximity and Relative Orientation are the foundation for all nonverbal behavior.

Relative Orientation is the degree to which people orient toward one another. A parallel orientation indicates that a person is interested and focused on the other person. As respondents become less interested in someone or something, they will often orient their bodies away. A good way to decode orientation is to observe where a person’s feet are placed, which sometimes reveal where they actually want to go.

Expressions refer to facial expressions and can occur for as little as one-fifth of a second. These very brief expressions are called micro-expressions, and they occur when respondents are trying to hide a feeling. Interestingly, when people begin to experience an emotion, their facial muscles are triggered. If they suppress the expression, it’s shown for only one-fifth of a second. If they do not suppress it, the expression will appear prominently. The six universal expressions that all cultures recognize are happiness, sadness, anger, fear, surprise, and disgust.

Contact stands for physical contact. Generally, the amount and frequency of physical contact indicate a closeness, familiarity, and degree of liking. A preponderance of touching indicates strong liking for another person.

Eyes primarily show whom or what people most like or show an interest in. You can gauge liking and interest by the frequency, duration, and total amount of time respondents spend looking at people or things.

Individual Gestures can convey thoughts and feelings that may or may not be communicated with speech. Some typical gestures are ones that indicate how things are organized in the mind (e.g., hands group things together or place things near or far away from each other), what an experience was like (e.g., handling or using a product), or what a person’s viewpoint, role, or thoughts about another are (e.g., a person may motion their hands toward himself when describing a deeply held belief or may gesture outward to refer to others when describing thoughts or experiences he associates with another person). Gestures can also reveal how people are feeling. Research indicates that people tend to gesture more when they are enthusiastic, excited, and energized. People gesture less when they are demoralized, nervous, or concerned about the impression they are making.

Voice, or speech, provides much information about the demographics of our respondents (e.g., gender, age, area of origin, social class). Voice can also reveal emotions, which are transmitted through the tone of the voice, accentuation of words, rapidity of speech, and the number of speech errors (e.g., er, ah, um, phrase repetitions such as “I usually, I usually,” or sentence changes such as “We tend to… you need to”). Typically, speech errors are indicative of discomfort and anxiety. When a respondent begins to have a lot of speech errors, he or she may be anxious and ill at ease.

Existence of Adaptors is the last piece of PERCEIVE™. Adaptors are small behaviors that tend to occur when people are stressed or bored with a situation. Examples include a person who plays with her rings, twirls his pen, or touches her hair. Moderators who are very observant will see that as respondents become bored, stressed, or irritated, the number of adaptors will increase.

One question many people ask is whether there are cultural or individual differences in nonverbal behavior. Although many aspects of nonverbal communication are similar across cultures, there are some differences in degree and in the rules of expression. For example, although there are six facial expressions that are universally recognized across all cultures, societies may have different rules about when they can and cannot be displayed. Eye contact is another area in which cultural differences play out. For example, Arabs tend to make more eye contact than do North Americans. Africans, in contrast, are taught to avoid eye contact when another person of higher status is speaking. The degree of physical proximity that occurs in normal conversation may be greater in some societies than in others. Physical contact also varies by culture. For example, people in Mediterranean and Latin countries have much more physical contact (e.g., full embraces between men) than do people in America and Britain, who tend to shake hands. If you are reading the nonverbal behaviors of individuals from a culture with which you are less familiar, it is important to look for changes in a person’s behaviors— particularly changes from the norm— and to learn the particular rules of expression for that society. Although a person may stand a bit more closely to you in one culture than in another, decreasing proximity is likely to have the same meaning regardless of the starting point.

Great moderators understand body language and use it very deliberately in their research.

Individual differences also exist even within cultures. Research indicates that more extroverted people tend to stand more closely to others and to engage in more eye contact with others. More introverted individuals tend to approach people less closely and engage in less eye contact when interacting. Each aspect of body language provides an overall picture of what a respondent is experiencing. If a respondent exhibits close proximity, positive expressions (including micro-expressions), a parallel relative orientation, physical contact that is appropriate for the situation, eye behavior about half the time, a small-to-moderate amount of gesturing, voice behaviors that do not include speech errors or emotional leaks, and very few adaptors, then this person likes and is interested in the moderator, stimuli, and topic. Not all of these behaviors may be present, but a preponderance of them will tell a story.

Using Your Own Nonverbal Communication to Your Advantage

Another moderator goal is to establish authority and to rein in a group that has careened off the topic.

Interestingly, the length of a moderator’s questions can also influence the length of a response. When moderators ask a brief question, respondents tend to deliver brief responses. A longer question provides a cue that the answer should be lengthier and should include some degree of reflection. Another moderator goal is to establish authority and to rein in a group that has careened off the topic. You can achieve a sense of authority several ways: Use direct and sustained eye contact when speaking to the group, direct your orientation toward the group, use a loud voice quality (particularly in getting attention at first), don’t allow others to interrupt you (persist when others are speaking), and assume an open and relaxed posture. All of these behaviors exhibit a clear nonverbal message that you are in charge and fully expect cooperation. There are many applications for nonverbal communication. Good moderators may use it intuitively, but great moderators understand body language and use it very deliberately in their research. The results can be dramatic. Interpreting and using nonverbal communication effectively can make the difference between ordinary, uninspired research and qualitative research that reveals tremendous insights and delivers real benefits. 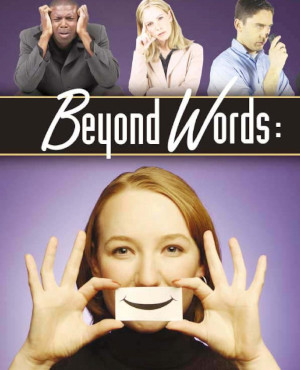